Home / Blog / Things You Should Know About Moving To Chicago

Things You Should Know About Moving To Chicago 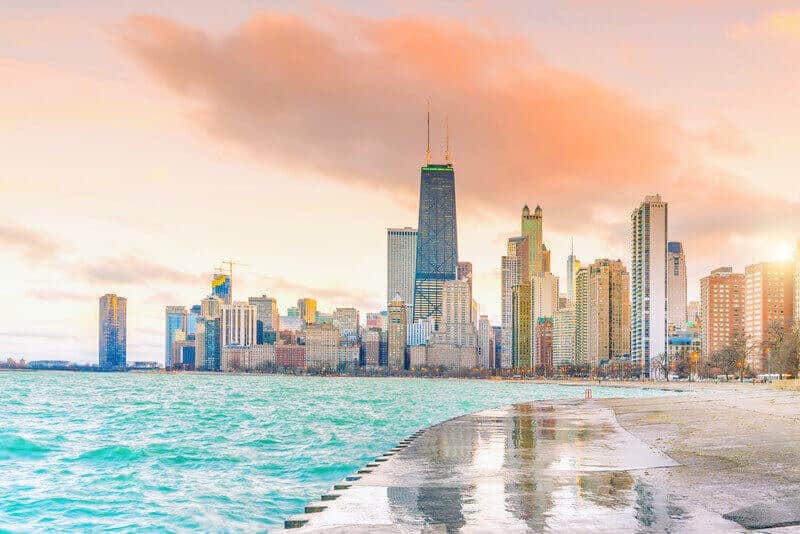 Chicago is a beautiful place to live for people who want a thriving city area without the cost or stress associated with a bigger city. Cleaner and nicer than NYC and Los Angeles, Chicago is the largest city found in the Midwest.

Chicago is one of the places that see most tourists in the United States and for good reason: its great history and varieties of much great food, theater, schools, music, and museums.

It is not a simple decision to relocate to another city. You must factor in the climate, job opportunities, cost of living, and just whether you would enjoy living there.

By these factors, Chicago is one nice place to live. It is a cold and densely populated place than any other location in the Midwest, so if you are fond of personal space or mild weather, Chicago might not be your best fit.

There is much about Chicago to know before you move to this place. In reality, you could spend several days learning about the entire interesting facts that constitute the city of Chicago, but below are the 15 most vital things you should know before moving here.

1. You will be defined by your Neighborhood in Chicago

Chicago’s backbone is its 77 well-defined neighborhoods in nine different districts with each of them having its own combination of culture, attractions, and personality. From Lincoln Square to Hyde Park, residents move in and remain loyal to their unique areas, so wisely pick where you settle down.

We definitely are not here to make you feel intimidated, but there are over 200 neighborhoods in Chicago. Choose Chicago is its official marketing site, and it shares the city into four parts: North, West, and South, listing about 50 of the commonest neighborhoods.

2. The Winters are Cold, but no One Cares

A lot of people, tourists, and residents often talk about winters in Chicago like they are as bad as hell on earth. But they are just normal lifestyle here. Definitely, you’ll want to purchase a good winter coat and a strong pair of waterproof boots to sustain you through the cold winters, but you will actually learn to appreciate what’s coming next through Chicago’s frozen days.

3. It is Easier to rent and Buy a Home in Chicago

Chicago ranks second on the list of cities that offer the most supply of entry-level homes. 50 most populous city areas in the country are analyzed by Zillow to discover the one that offers entry-level buyers the best mix of affordability, increasing average incomes, and availability.

Looking to rent in Chicago? The average price for a home listing costs $1,750 and is a bit higher than the national average, but much lesser than Los Angeles and New York at $3,650 and $2,875 respectively.

If you plan to take your time, buy a home and remain there for some time, this is an urban area where homes are still cheaper. First-time homebuyers in Chicago are offered a great list and good income growth.

In fact, assuming you relocated from Manhattan to Chicago. You’d spend around 20% less on utilities and a surprising 70% less on housing while you still get the experience of the big city according to the Cost of Living Calculator from CNN Money.

5. You will make Friend with the Lake

You don’t necessarily need an ocean when you have this. The lakefront offers numerous miles of beaches and a huge bike and running trail that outdoor lovers will hit out to. And the backdrop of Chicago’s iconic skyline is doing well, too. It is the kind of view that captivates anyone, even the old Chicagoans.

6. Chicago is a Serious Music Town

Chicago is also a dream come true for music lovers. With the origin of the blues and some of the best rap, gospel, house, and alternative music ever made, Chicago continues to produce promising new talent.

Better still, there are venues for concerts, including local and international stars too, around each corner and some of the best music festivals in the United States hold here every summer. Be prepared to welcome your college friends visiting from another location.

7. Car is not necessary

Public transportation, according to residents, is great, and there are many opportunities for car rental or call an Uber if you are far from a train. And even though you actually own a car to help you transport lumber, you can travel around perfectly in the years beforehand.

One resident says that it is not as close or compact as New York but it is very much a walkable city. Chicago is also bike-able.

Chicago has over 200 miles of on-street buffered, protected and shared bike lanes. And in the absence of the hills of San Francisco of the cab traffic of New York, biking is an easy and economical way to explore the city of Chicago.

8. The Traffic is Super-Bad

With all fairness, traffic is something you will have to deal with in every big city; but traffic in Chicago can be next level. In fact, Chicago often appears top on the list of worst cities with poor traffic.

Business Insider’s 2017 ranking shows that Chicagoans spend an average of 26% more time than planned to get from one place to another in the city. Always remember that, so that you can plan your valuable hours accordingly.

9. Chicago is a Great Sports Town

Americans love to cheer their favorite sport teams, and Chicago is like a hub for sports. Baseball fans should proceed to Wrigley Field to root for the Chicago Cubs or head to the south side to rot for the White Sox. In the fall, Soldier Field is where the Chicago Bears play football.

The Chicago Bulls has won 6 NBA championships and the professional women’s basketball team is called the Chicago Sky. The Blackhawks play in the NHL and the Dire and Red Stars also play Soccer.

10. You Will Never Forget Chicago Foods

There are just a few popular food traditions in Chicago that you must explore all through your stay in the city. Get the best recommendation for deep dish pizza made in Chicago style from locals.

A Chicago-style hot dog contains white onions, mustard, fresh tomatoes, a pickle spear, peppers, and it is nestled inside a poppy seed bun. Chicago-style popcorn is a mix of caramel corn together with cheddar popcorn.

11. Dibs is Essential for Parking

Similar to how it sounds, residents of Chicago claim dibs with parking spaces on the street most especially in winter. The rules are so much simple. If you dig a spot or discover a place that is already cleared, you mark it with whatsoever you have on hand.

Typical examples include kids’ tables, lawn furniture, or traffic cones. You may find other examples many strangers, such as a creepy doll or a walker with a note. Some residents hate it; others enjoy it. Regardless of your stance, calling “dibs” is real.

Tall buildings have always been synonymous to Chicago, since 1884. Although the architectural heights today are incomparable, Major William Le Baron Jenney commenced the trend with the 10-story Home Insurance Building. It also doubled as the first time ever that a steel frame was used to hold all the weight of the walls of a building.

This development brings about the emergence of future developments, like the 1889 Rand McNally Building in Chicago by Burnham and Roots which is the first all-steel framed skyscraper.

The district of Magnificent Mile extends to 13 blocks of North Michigan Avenue starting from the banks of the Chicago River to the south and Oak Street reaching the north. Its history dated back to 1871 when the Water Tower was part of the few buildings to cope with the Great Fire.

Over a century later, it is now home to many great shipping locations, hotels, and attractions and is seen as one of the highest world recognized shopping districts.

14. Enjoy Nature within the City

If you wish to experience nature without traveling out of Chicago, make sure you visit Garfield Park Conservatory on the West Side or the Lincoln Park Conservatory. Garfield Park is considered one of the largest greenhouses in the country and has 8 connected greenhouses that have 2,000 varieties of species of plants while there are four display houses in Lincoln Park that also display different plants.

15. You will become one of us before Long

Unless you refer to it as Chitown, no one actually does that. We are a highly welcoming city. It won’t take much time to feel love. Chances are you will be complaining about City Hall Politics, downing malort shorts, and getting a tattoo of the Chicago flag quickly like a local. This city is what you should be proud of.

From its breathtaking architecture to beautiful lakefront views, you really need to see Chicago to believe. While winters in Chicago are icy cold and might keep some people away, Chicago offers varieties of career opportunities, entertainment options, and cultural attractions that the cold temperatures are just a small price to pay.

Hire the mover from one of our best Chicago movers for your next Chicago move and get all the moving services you need as you move to your new home. 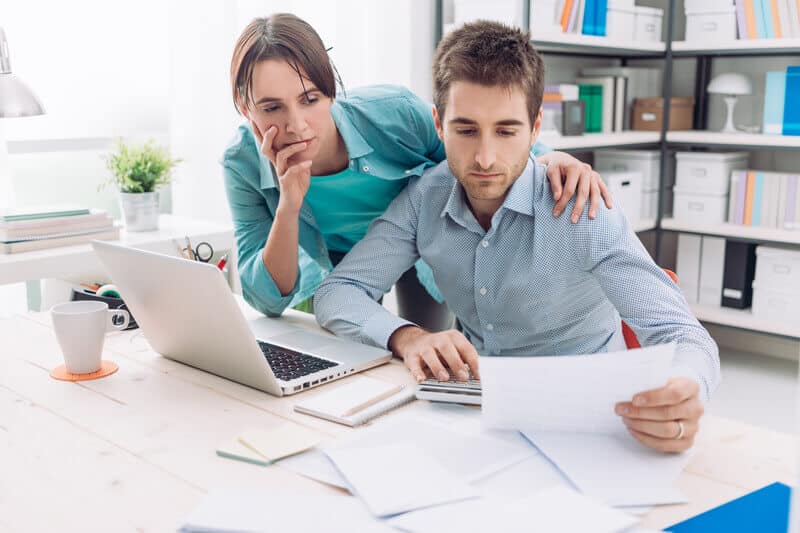 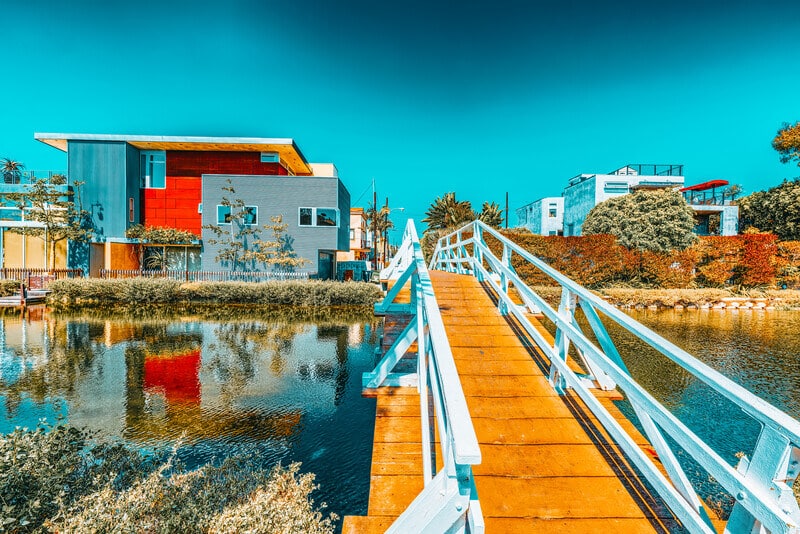 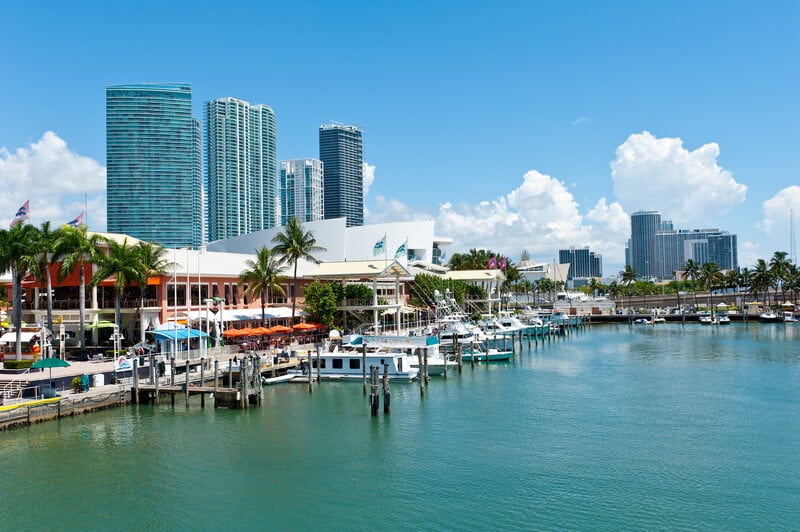 Find out how to move to Miami on Moving APT website. Get answers to your moving questions in our comprehensive Miami relocation guide. Plus tips for different moving scenarios.

Are you ready to move?

We’re ready to help! Get a free moving quote today.