Ultimate Guide To Moving to Oregon of 2022

Ever wonder if Oregon has more going for it than just a lack of sales tax? Our guide covers everything you need to know before scheduling your Oregon move. 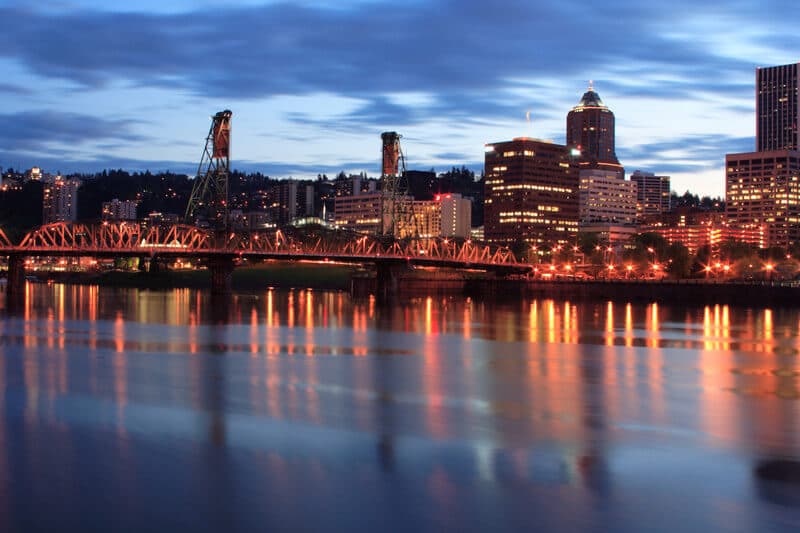 Are you planning to move to Portland, Oregon? This Pacific Northwest area has been widely known for a reason. The city is recognized for its beautiful backdrop towards the Columbia and Willamette rivers and a rare quirkiness. Life in Oregon is somewhat different from the life depicted in the show Portlandia.

Of course, you will discover many bits of eccentricity in Oregon, but other things the state has to offer may catch you unaware.

From natural scenes and large open spaces to great food and craft beer (with no sales tax), Portland continues to be a leading destination for those in search of a place that offers a refreshing change of sight.

Moving APT has gathered a complete guide covering all you should know before moving to Oregon, the best neighborhoods to live in, an out of state moving checklist, as well as a number of the moving services provided by our reliable and reputable state to state movers.

We hope this article is helpful for you in making an informed decision as well as allow you to proceed with confidence.

Things to know before Moving to Oregon

Oregon is a north-western state with numerous pros and cons with its state size of about 98,466 square miles as well as a population of 4.19 million.

Do most Oregon residents own or rent homes? The county, as well as region, will determine whether to rent or buy. Generally, the rental cost versus buying can be closer in cities like Portland.

Because in most neighborhoods, rents were so much high. Rent control legislation was passed in Oregon in March 2019.

The calculation will be done every September for the rent cap for the coming calendar year.

Different climate changes are made by different geographic in Oregon. The coastal temperatures are modulated by the Pacific Ocean while Oregon’s central and eastern sides experience more fluctuations in temperature.

Winter highs are at an average of 460F while lows are at 430F. Portland experiences about 150 days of sunshine as well as around 160 days or more of rain.

However, rainfall differs greatly all across the state, with eastern neighborhoods experiencing below 5 inches, as well as some western pockets, increasing up to 200 inches.

You have to prepare to experience weather and natural disasters if you plan to live in Oregon.

Just like other places, there are different taxes paid in Oregon:

Below is the breakdown of some of the popular Portland neighborhoods, as well as the developing ones.

Culture lovers that are relocating to Portland will enjoy the feel of living downtown. For a city that measures just 145 square miles, Portland has a lot of museums, galleries, restaurants, and shops. Downtown Portland is where you will find access to just anything you could ever need.

For huge city living, Nob Hill as well as the Northwest Portland area is where you will find trendy restaurants and shops. You will find Victorian homes and unique collectible shops all across the streets. This popular neighborhood is the hot spot to call home or to refresh with a nice dinner out.

This neighborhood is situated in southeast Portland and it has free tree-lined streets as well as great landscaping. The area is widely known among young professionals as well as families looking for a calm feel that combines city amenities with suburban sensibilities. The area is also where you will find Reed College, restaurants, and shops.

This neighborhood is closer to downtown Portland in a great, historic neighborhood. The community was once common among Chinese residents in Portland and is also where you can find a great group of residents in need of all the feel of urban living.

The popular neighborhood of Richmond prides itself as the “Hawthorne District” with a lot of dining eateries, vintage boutiques, and funky art galleries.

Richmond is defined by the vibrant streets of Division and Clinton and is recognized for its uncommon, independent spirit.

You will find a lot of colorful craftsman houses here on the streets of Richmond with newly developed duplexes accommodating the growing population of Portland.

Cost of Living in Oregon

Even though higher than the country’s average with 30%, the cost of living in Oregon is responsibly reasonable when compared to states like New York or California.

Expenses will differ based on individual needs, family size, as well as region. If you hope to keep your cost of living lower, you can consider some of the eastern parts of Oregon as your destination, such as Baker City, Umatilla, Pendleton, and Hermiston.

Pros and Cons of Living in Oregon

How to Move to Oregon?

The process of moving can be overwhelming, especially if you are relocating from another state to Oregon. Here, you will discover an out of state moving checklist to assist you in planning and executing your next move successfully.

Start on the right path:

Read moving and packing tips for an out of state move.

Learn more by reading how to forward your mail when you are moving.

Get Kids, Pet, and Yourself Ready

The Week before Moving

Why are residents of California moving to Oregon?

People from all over the country (especially California) are planning a move to Oregon due to the Mediterranean-style climate. With the state’s proximity to the Pacific Ocean, the climate, as well as the weather, is highly influenced by this. The western region of the state is very wet since it is bordered by the Pacific Ocean.

What salary is good in Oregon?

Is the state of Oregon a good place to move to?

Oregon is indeed a good state with an amazing history. Its weather and landscape a top-quality of life, and if you pick the perfect city, you will have a lot of jobs to select from.

Where in Oregon should I move to?

Some of the widely known and rapidly developing areas in the whole of Oregon include, Portland and Bend. Portland is the largest city in Oregon which that offers everything, such as food scenes, job market, entertaining games, global events, and so on.

How safe is it to live in Oregon?

How long before I become a resident in Oregon?

To be eligible as a resident of Oregon (for the sake of tuition), you must reside in the state for 12 straight months while earning eight credits or less per term as you show that they are in the state for a major purpose aside from education (like volunteering, working, or other purposes).

Is living in Oregon or Washington better?

Oregon scores better than Washington in many aspects, which include the cost of living and taxes. Living in Vancouver, Washington is recommended as you can in Oregon and reside and work in Washington, and rent is around $200 to $400 cheaper in Vancouver.

Oregon is indeed a good state with an amazing history. Its weather and landscape are at the quality of life, and if you pick the perfect city, you will have a lot of jobs to select from. Immediately you choose a place to settle down, be quick to contact us so that we can quickly help you get there. We execute local and long-distance moving services in Oregon and we would be glad to help. 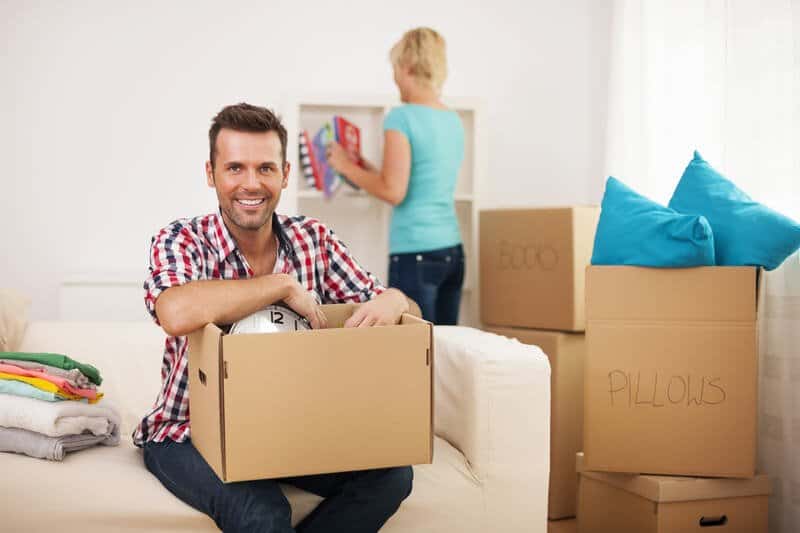 Beginning an out of state journey for a new job or raising a family sounds exciting until it comes time to plan the actual move. You need a full-service out-of-state mover you can trust to handle such an important task. Moving APT has expertly researched out of state movers and delivered the top-10 solutions here. 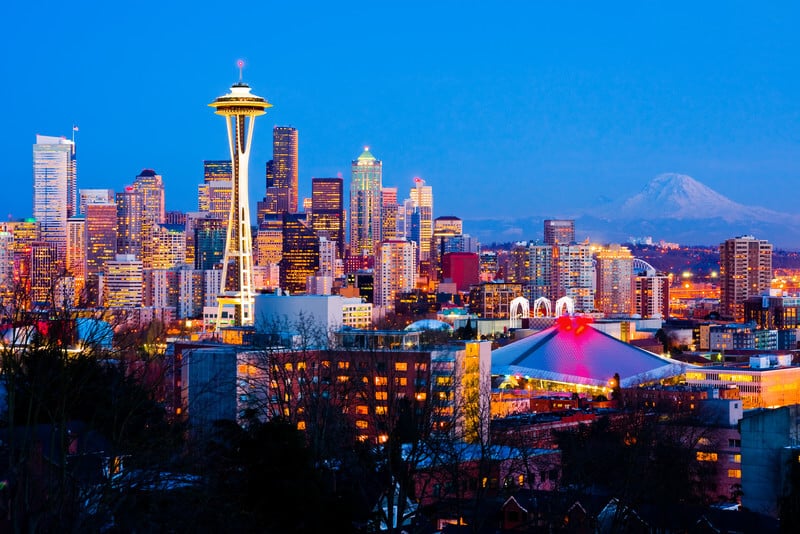 Moving Out of State
Moving to Seattle: 8 Things to Know Before Moving

Thinking about relocating to the Emerald City? Our guide explores all the important points, including career options, cost of living, climate and more. 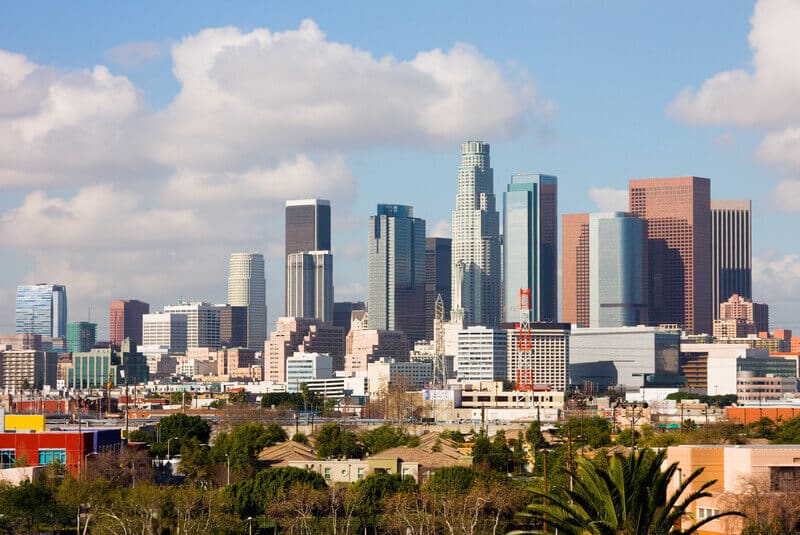 The City of Angels never sleeps, and there is always something to do. See what awaits you in L.A. as you prepare for your big move to the city.